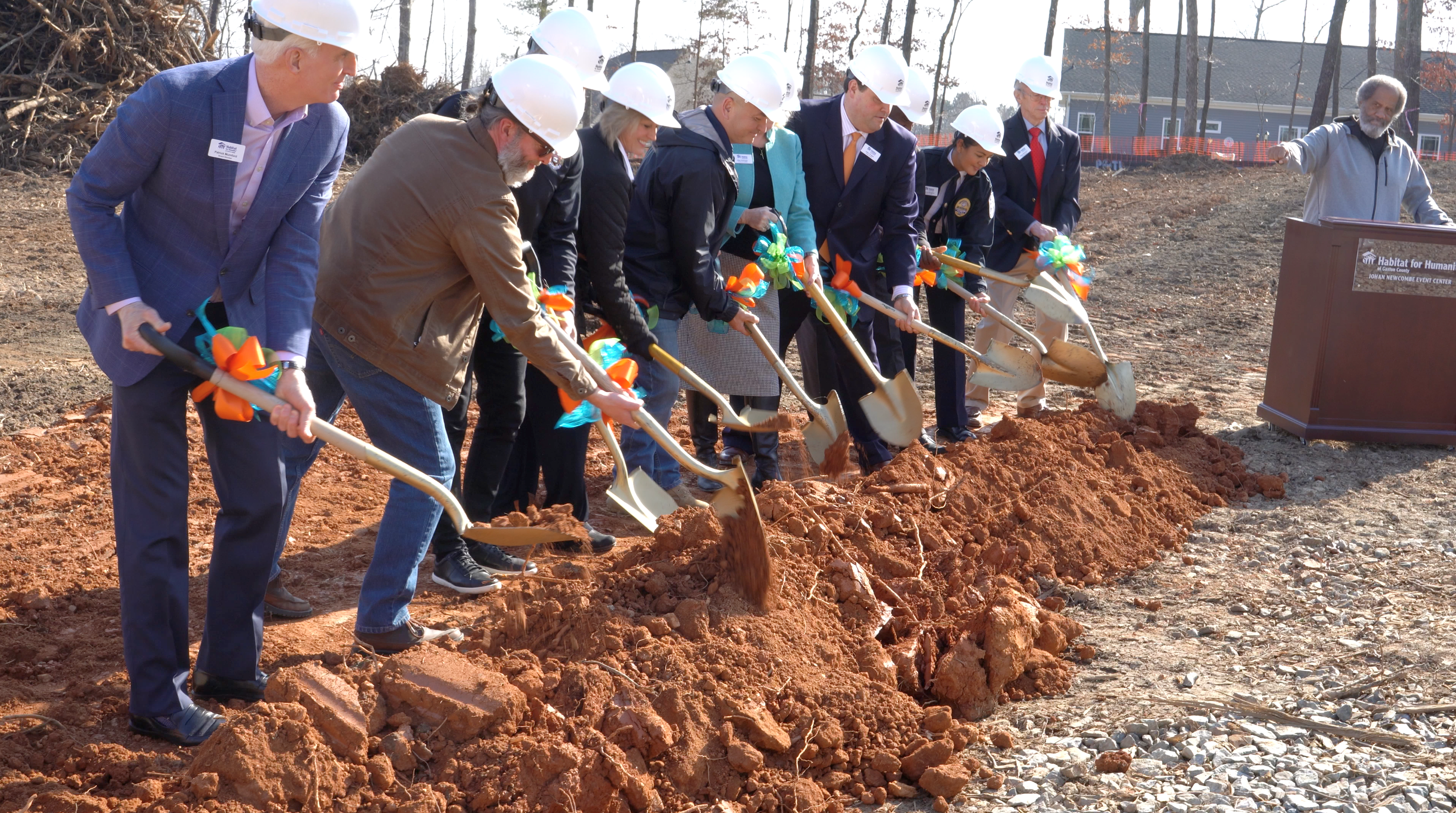 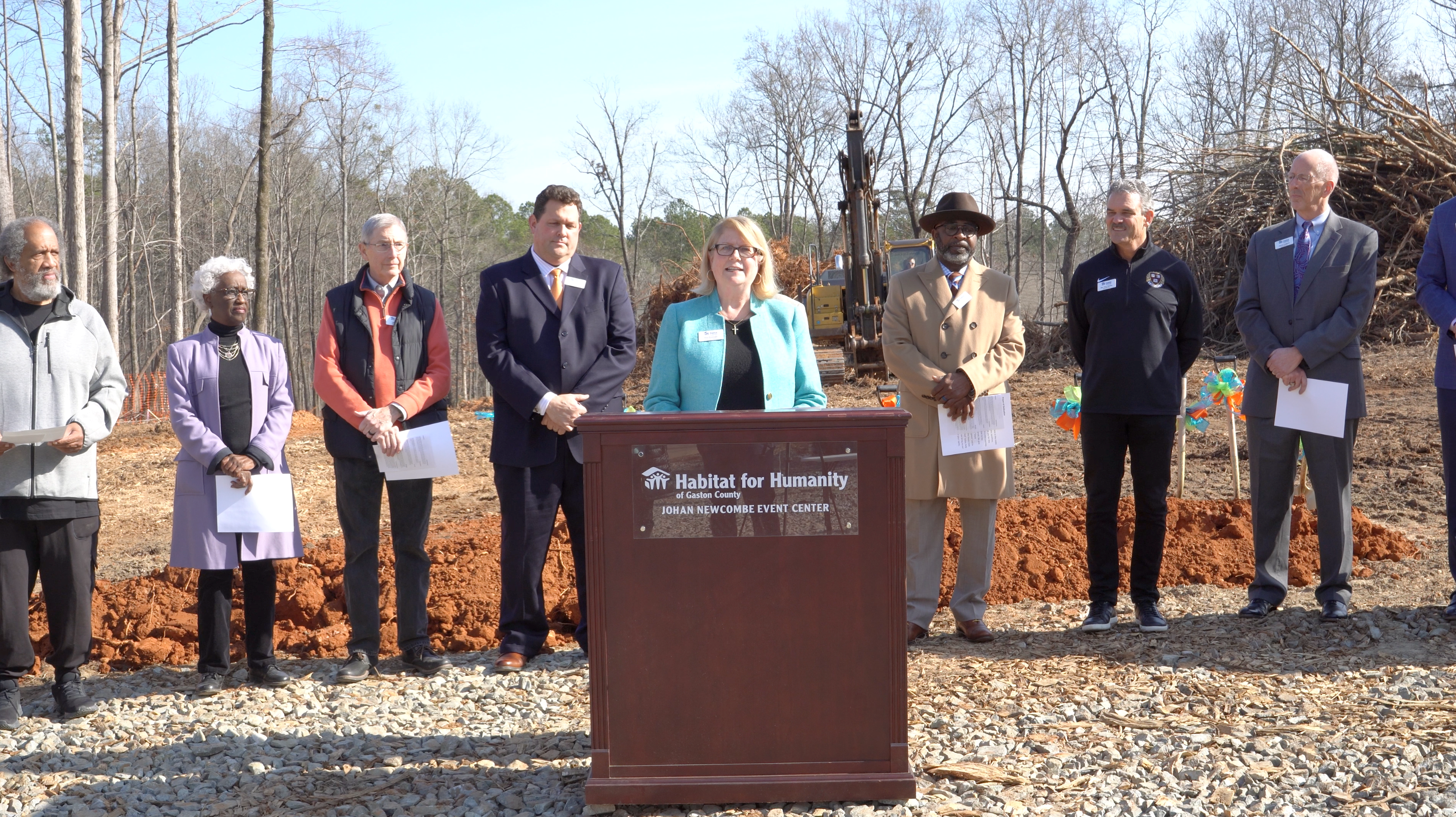 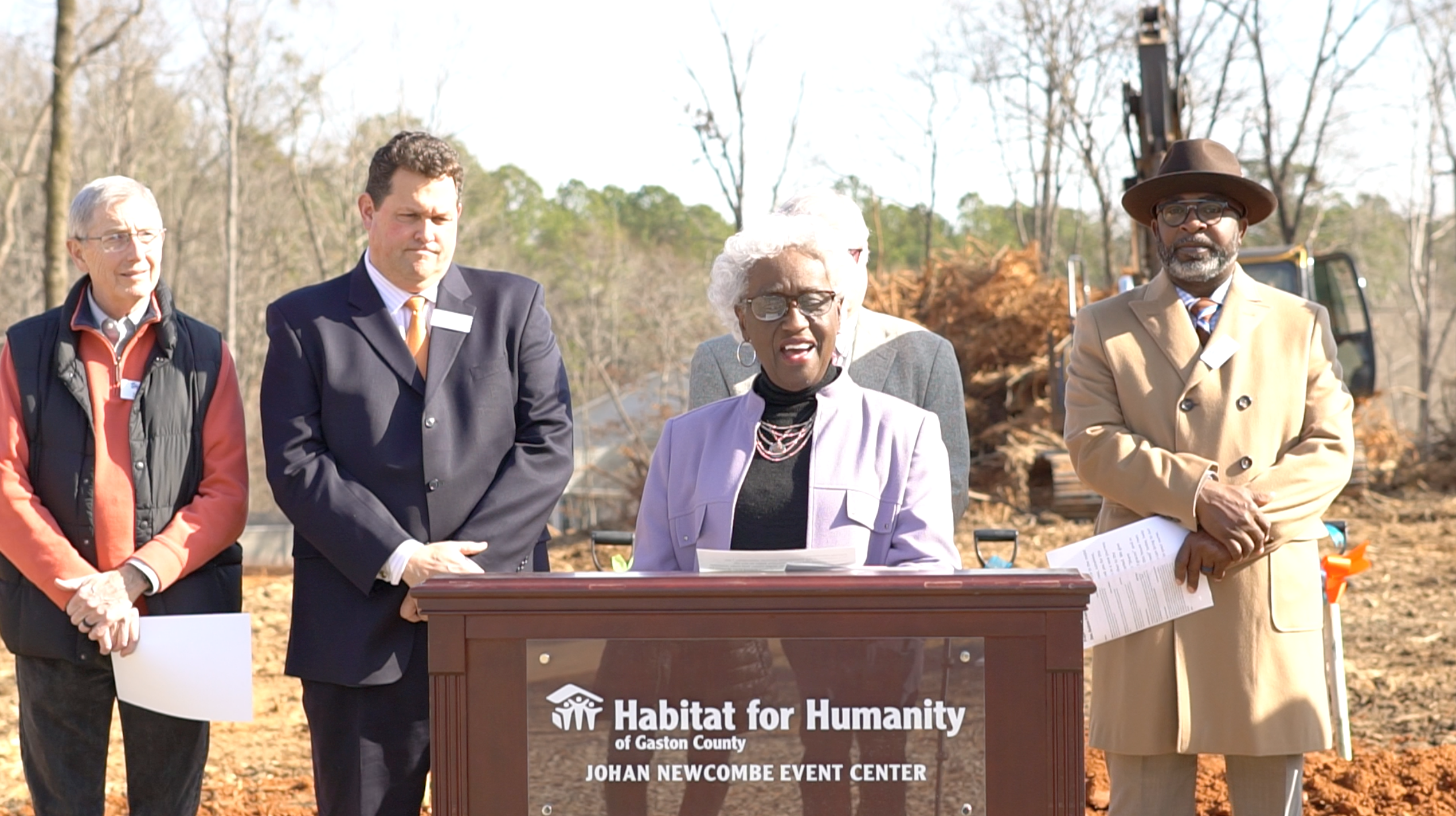 The region’s first mixed-income neighborhood has officially broken ground in Belmont.  Habitat for Humanity of Gaston County hosted a groundbreaking ceremony on Monday at the burgeoning Dixon Village site near Hickory Grove Road.

“We are elated to get this innovative project off the ground and build safe and affordable homes where families can thrive,” said Kay Peninger, executive director of Habitat Gaston. “Dixon Village will provide more than just a house; this neighborhood will offer a community, a sturdy foundation and a homeownership dream fulfilled for many Gaston families.”

Dixon Village is a 7.5-acre development that will contain 28 houses in North Belmont. Approximately one-third of the homes will be constructed for Habitat homeowners. The remaining houses will be for market-rate homebuyers. This mixed-income neighborhood will be the first of its kind in Gaston County and the greater Charlotte area. The innovative concept is designed to encourage interaction in a diverse, closely-knit community, cultivating economic and social benefits.

Habitat Gaston completed its Phase One fundraising by meeting a goal of $1.5 million dedicated to the neighborhood’s infrastructure. Grading of the site is currently underway. The start of Phase Two fundraising also began following Monday’s groundbreaking. The $1.2 million goal will go directly toward the construction of the Habitat homes. Each Habitat residence will cost an estimated $150,000.

Monday’s groundbreaking event, sponsored by First Horizon Bank, included comments from Peninger, Habitat Gaston board members and partners as well as an invocation, dedication prayers and a ceremonial turn of the shovel.

Added Peninger, “Today’s groundbreaking officially cements Dixon Village’s life-changing presence. We look forward to the process ahead and the meaningful impact that these homes will have for generations to come.”